THE MARKETS OF BANGKOK 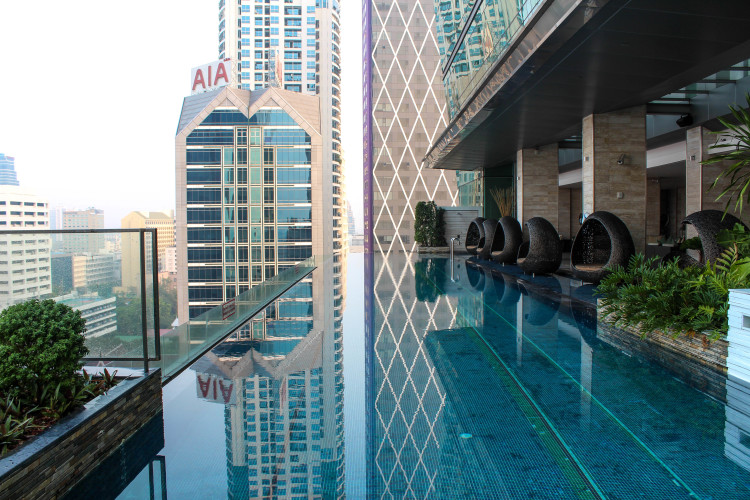 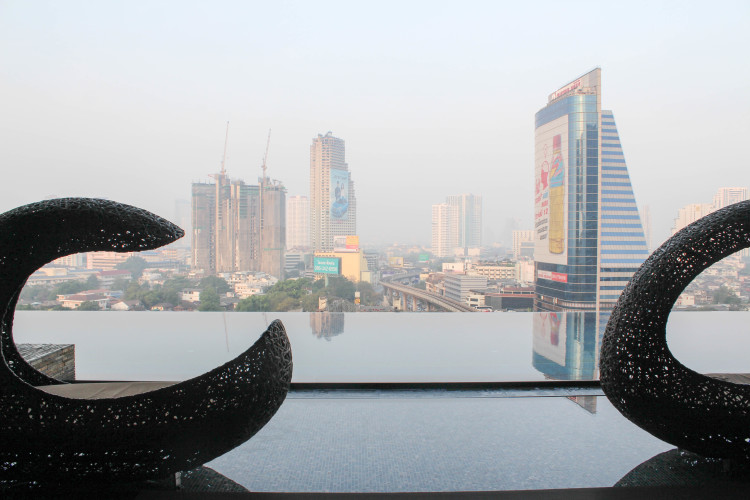 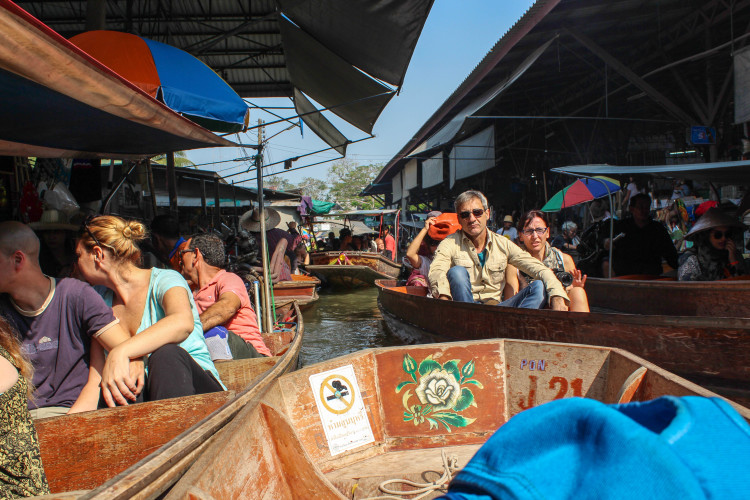 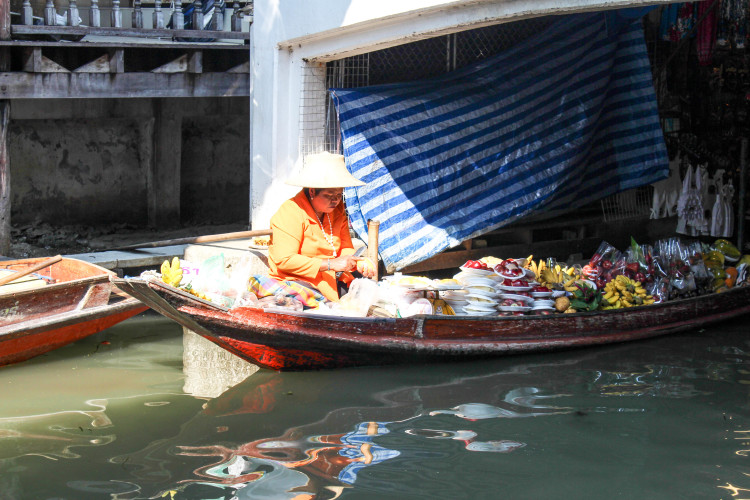 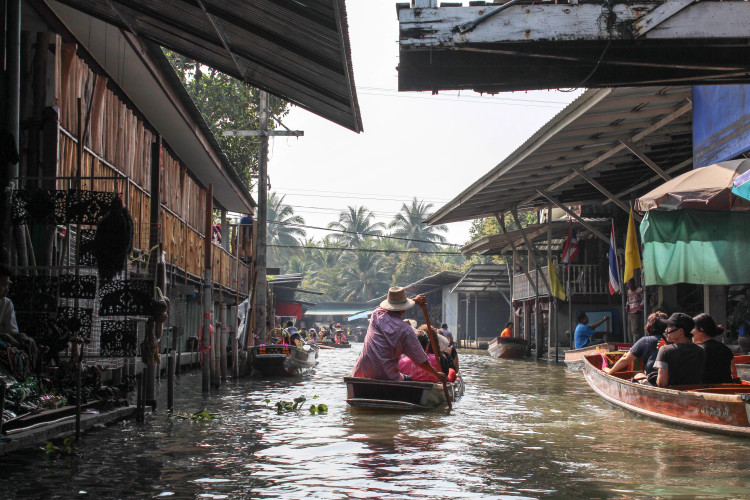 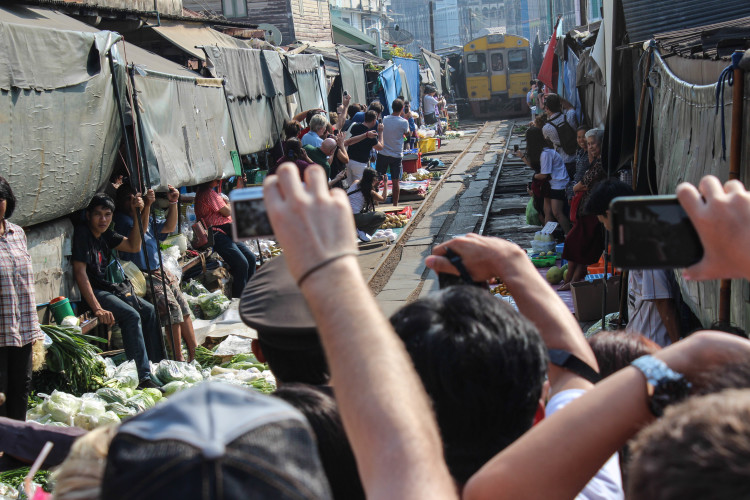 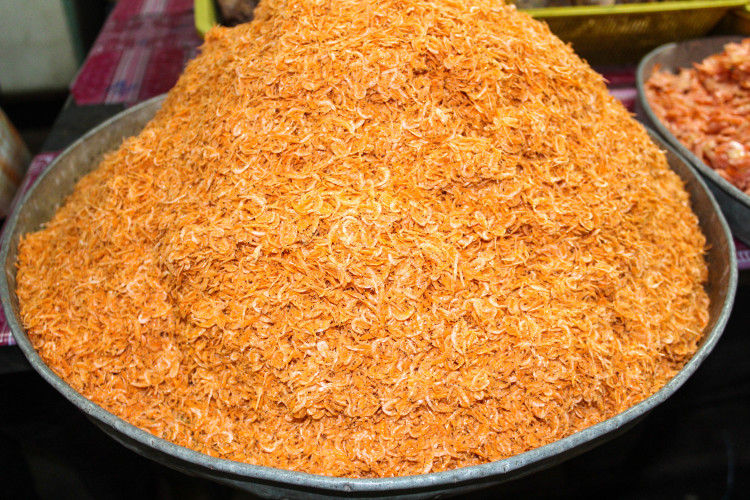 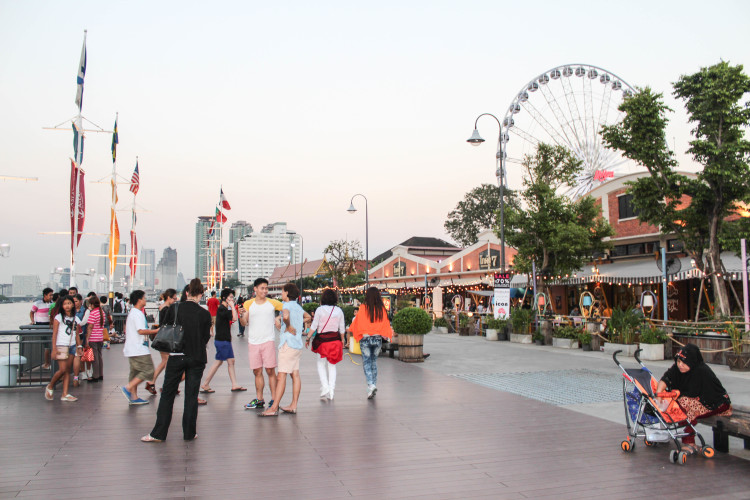 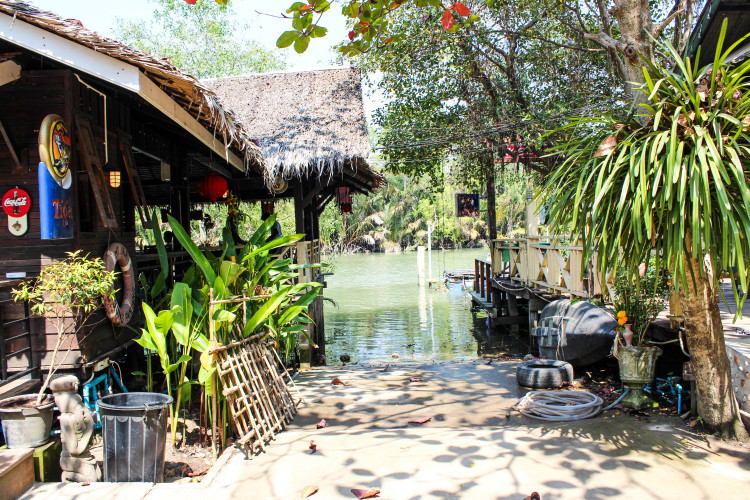 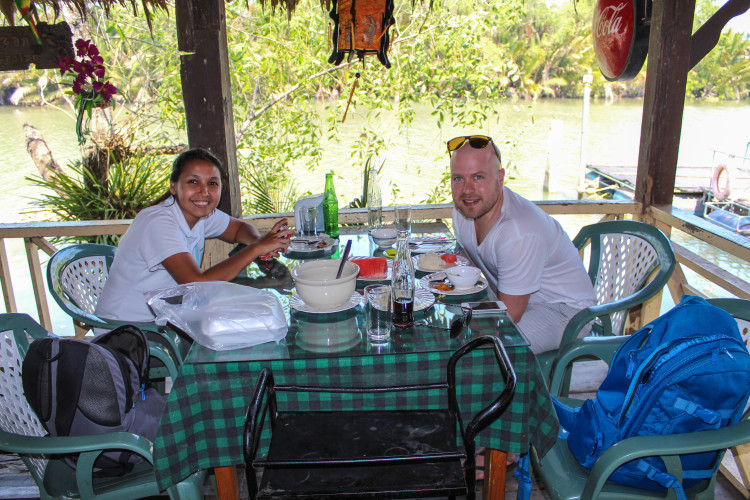 Today was our last day in Bangkok before heading up both to Chiang Rai and Chiang Mai.  We hired G again to take us to the floating market in a town an hour outside of Bangkok.  G, being the amazing human she is, went way above what we had paid for and took us to a couple extra spots.  Our first stop was the fish market! Oh. My. Dear. Goodness.  Let’s just say she had the best intentions in mind however as a vegan it was completely out of my element.  I’m going to respect my fellow vegans and not post some of the pictures I had taken today.  Even though it was the absolute opposite of what I believe in I still appreciated her showing us parts of their culture that she holds so close to her heart.

It was fascinating to see how proud Thai people are.  I honour the grattitude they have for their culture and history.  Our second surprise stop was a train market in this same town. All the vendors were aligned along the railway and as soon as the train came they would all gather their product within seconds to let the train pass.  It was pretty remarkable to experience.  We walked around and G bought us some traditional Thai tea.  It looked very creamy and she told me not to worry because it was not milk but instead creamer.  So, whenever G turned her head I would pour my tea into Tim’s cup, it did however smell delightful.  Throughout the day Tim would question how my tea was and we would both burst into giggles. Oh that Tim.

We then stopped for lunch at the most PHENOMENAL place I have ever eaten at.  I wish I could recall the name or have a takeout menu to prove its existence but the name was about 30 letters long and no take out menu existed.  They had everything made before we arrived all 100% vegan.  There is a word in Thai that means I’m a real vegetarian. This means do not sneak any goods into my food because I am very serious about it.  It is said “Gin Jay”.  A lot of travellers are told how to say I am a vegetarian but this means they will use chicken or animal broths and egg or milks.  So instead I say Gin Jay every where I eat.

Then when we returned to our hotel and Tim and I took the sky train and a water boat to a market called ASIATIQUE.  It is very comparable to a boardwalk with a ferris wheel and a shops galore. We ate an amazing vegan Thai dinner watched a lady eat some insects and called it a night.

Well, we are off to Chiang Rai! Can’t wait to talk to you all from there!