ONE OF MY BIGGEST CHALLENGES SINCE I BECAME A MOTHER 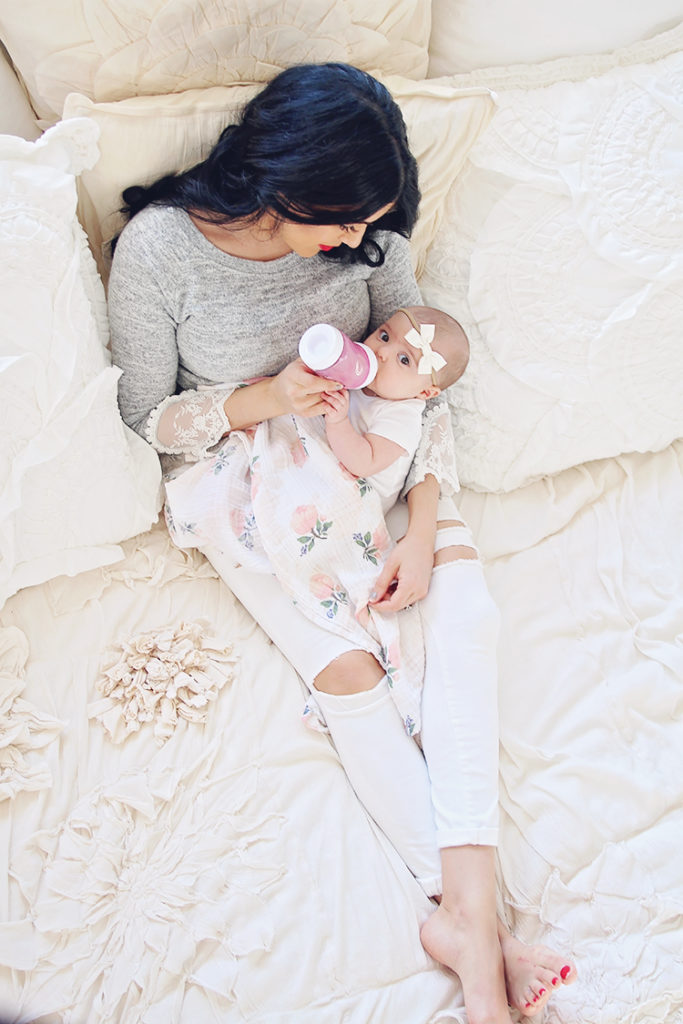 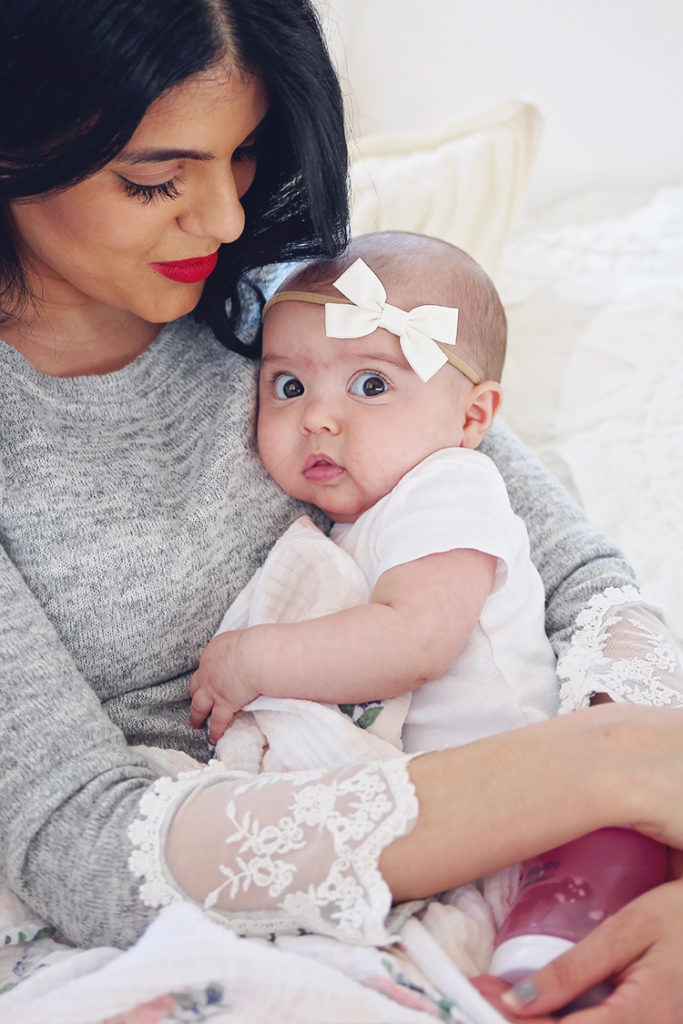 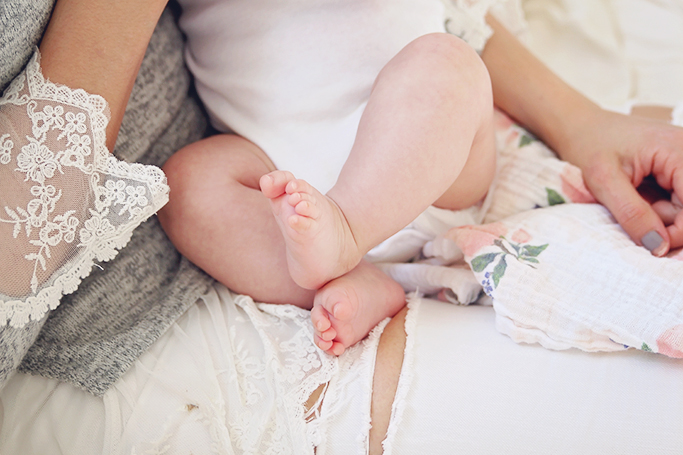 Being able to nurse Harlow is something I am grateful we are both able to do but it didn’t come easily and without its frustrations. It took a lot of work at the beginning and it’s definitely something I’m glad we stuck through together.  This has to have been one of the biggest challenges we’ve faced so far. There were multiple factors standing in the way from being able to nurse Harlow, but I was determined to breastfeed her.  Thankfully we had Playtex® Ventaire™ Bottles to support us during these difficult times.

When Harlow was in the NICU she was given a bottle right before I even had the chance to fully hold her in my arms and I was completely understanding, knowing this is what she needed at that time.  When I did finally get to hold her in my arms she was full of tubes which were definitely getting in the way during our feeds.  She had a tongue tie that needed to be corrected.  She didn’t understand the proper way to eat because she was almost 3 weeks early.  Finally, my milk flow was way too fast for her and we ended up needing a shield in order to slow the down the flow. Eventually by 8 weeks Harlow’s tongue was healed and she understood how to suck and swallow efficiently enough to get in a good feed.  We did it! Finally!

As you can imagine, giving her a bottle after all of this hard work and effort was something I had feared for a while. The reality is, there have been times where I have had no choice but to give Harlow a bottle and that is why I was so picky about finding one that wouldn’t affect her nursing.

We have experienced two episodes of Harlow having a “nursing strike” which apparently is more common in babies who have been suctioned and/or given a feeding tube and unfortunately Harlow had experienced both. Even though we don’t fully understand why she did this we knew she needed to eat! She completely refused to even be held in the nursing position and would only take a bottle. These episodes were short lived but I needed to be sure that she was still being fed (obviously).

That is why I am so grateful for the Playtex® Ventaire™ Bottles that are the “most like mom” nipple which has been clinically proven to imitate baby’s latch for easy, natural feeding. We have been able to feed her pumped breast milk and she has been happy as a bean after every feeding. I also love how the Playtex® Ventaire™   vents keep the air at the back of the bottle so when Harlow drinks there isn’t any air getting her tummy meaning she will have less gas and be just as happy as if she had fed directly off of me. Basically a win- win for the both of us and also allows daddy to have some feeding time with her as well. Playtex Baby also has a number of different nipples that come in different shapes and sizes, so if your baby is rejecting certain types of nipples there are a number of different options for her to try.

Now that her nursing strike has passed I’m still grateful to have a bottle that I can trust feeding her with. As she is getting older there have been times where I have been late after a yoga class or she was going through a growth spurt and needed to eat a little sooner so Dad has been able to feed her pumped breast milk in the Playtex® Ventaire™ Bottle with zero problems.  I love that she can switch between breast and bottle feeding seamlessly, nothing gives me more peace of mind–a happy fed baby.  I love how easy they are to get as well (you can find them at toysrus.ca, walmart.ca, playtexbaby.ca or amazon.ca).

I understand dealing with a fussy baby because of gas can be so difficult, which is why, as a #PlaytexMom, I had to share a feeding method that has been very good to us.  Whether you nurse or bottle feed or use breast milk or formula, I totally believe a fed baby is the happiest baby!

Have any of your babes ever experienced a nursing strike? I was completely taken aback when this happened and spent so much time researching.  I felt more than blessed she was able to still feed without any added fuss or gassiness.  The Playtex® Ventaire™ Bottles are up for a Mom’s Choice award on BabyCenter.com, head on over to vote now!

Thank you girls so much for stopping by, as always, love having you here! xo E 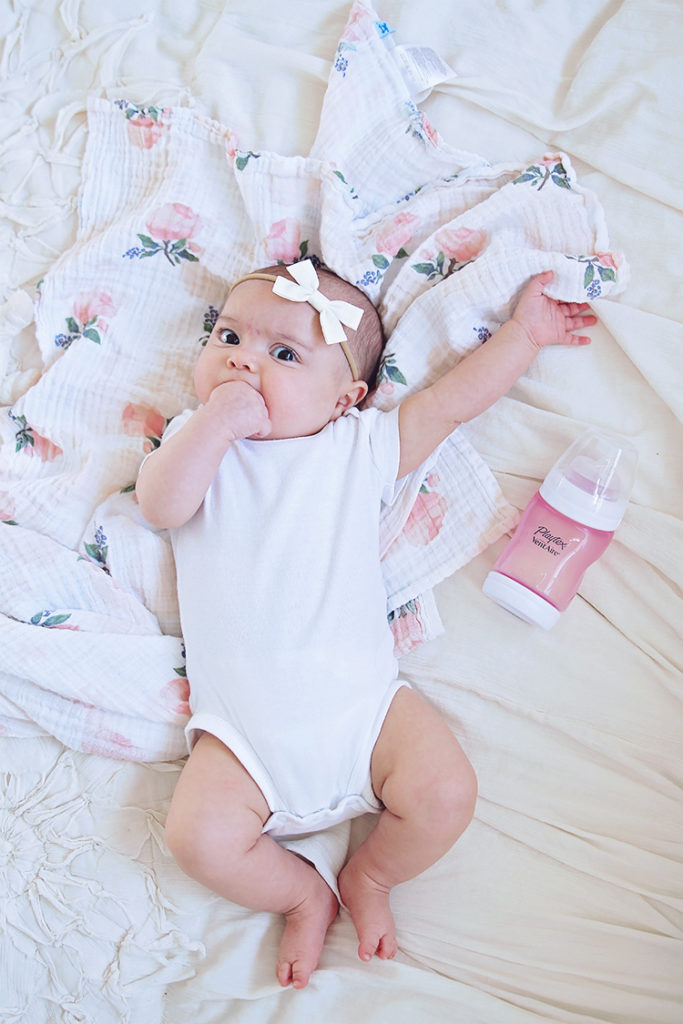 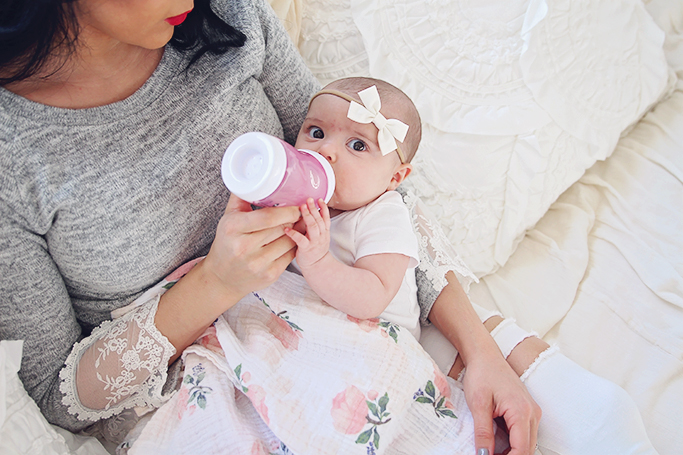 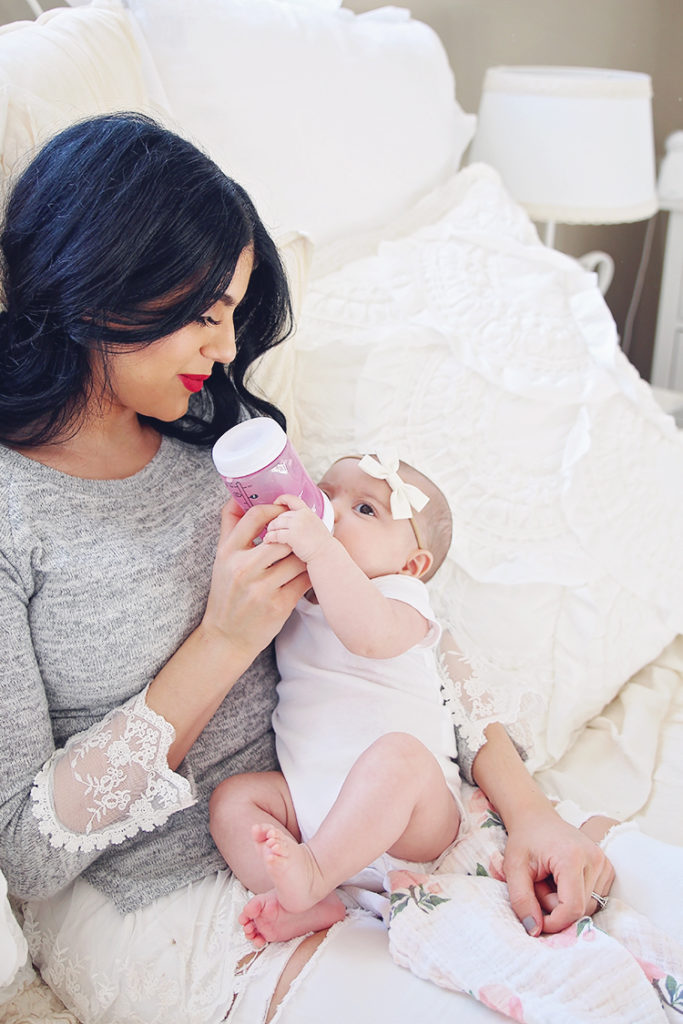 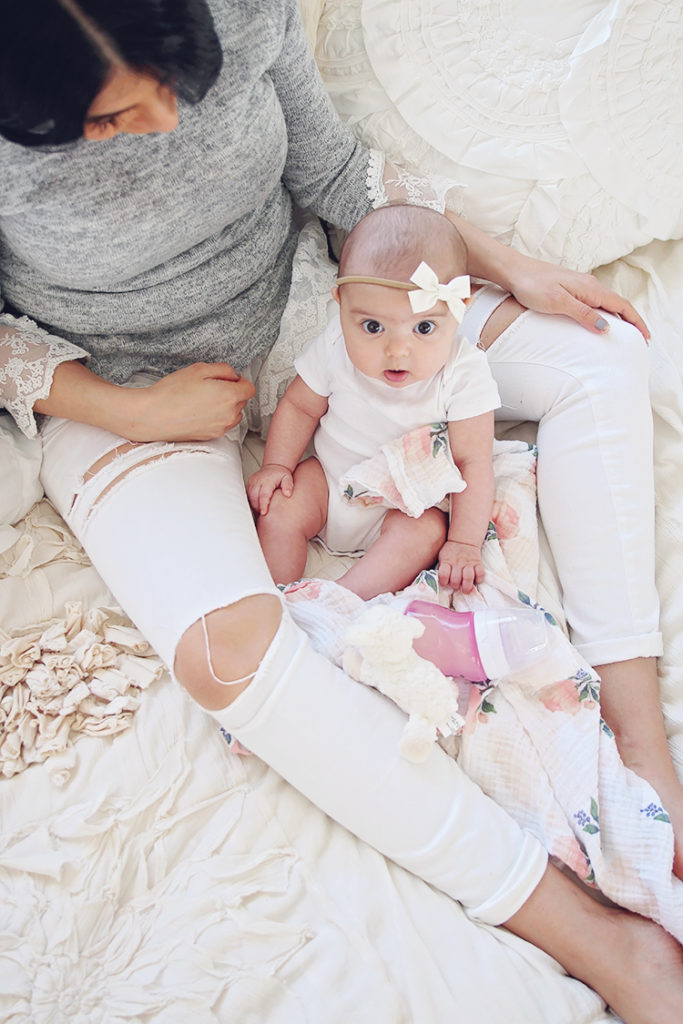 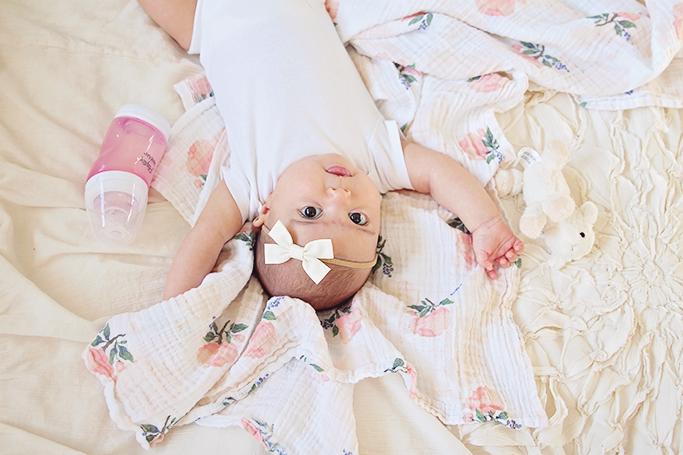 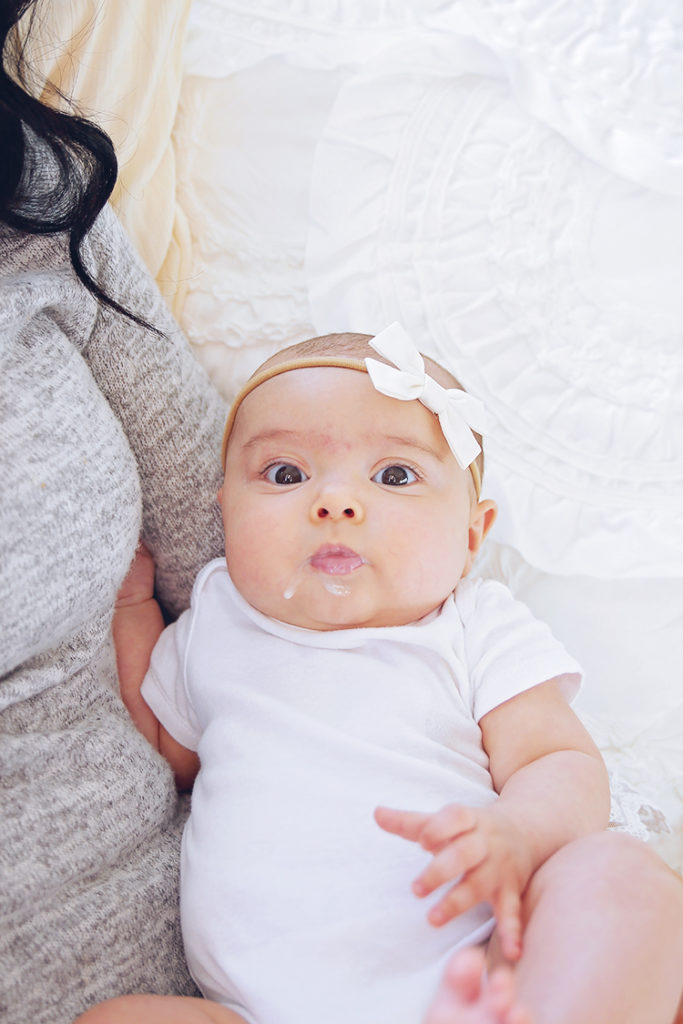 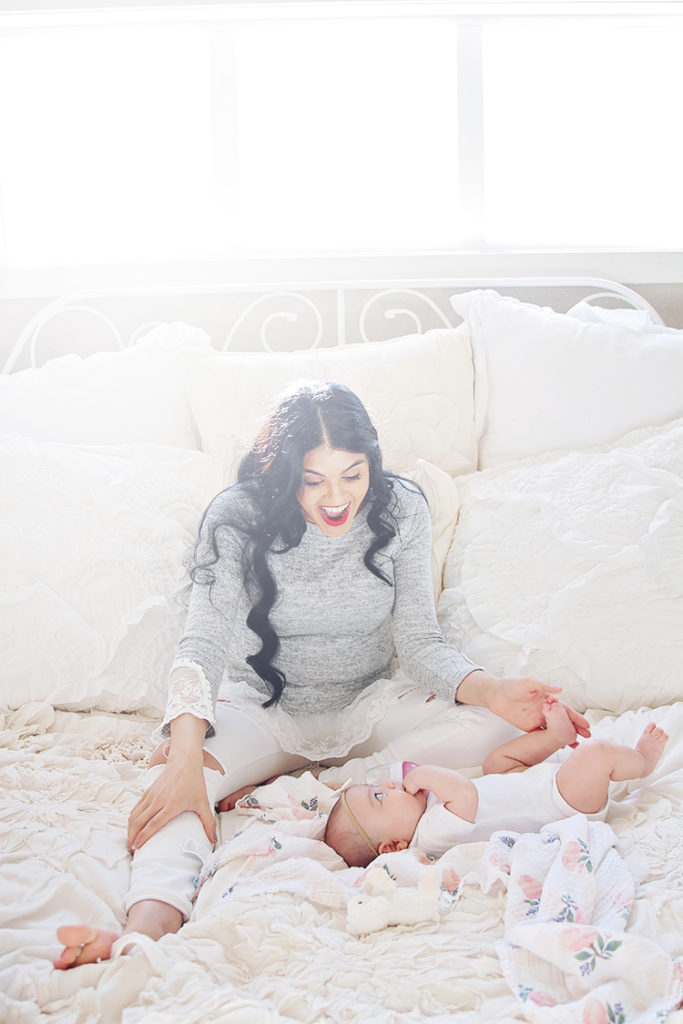 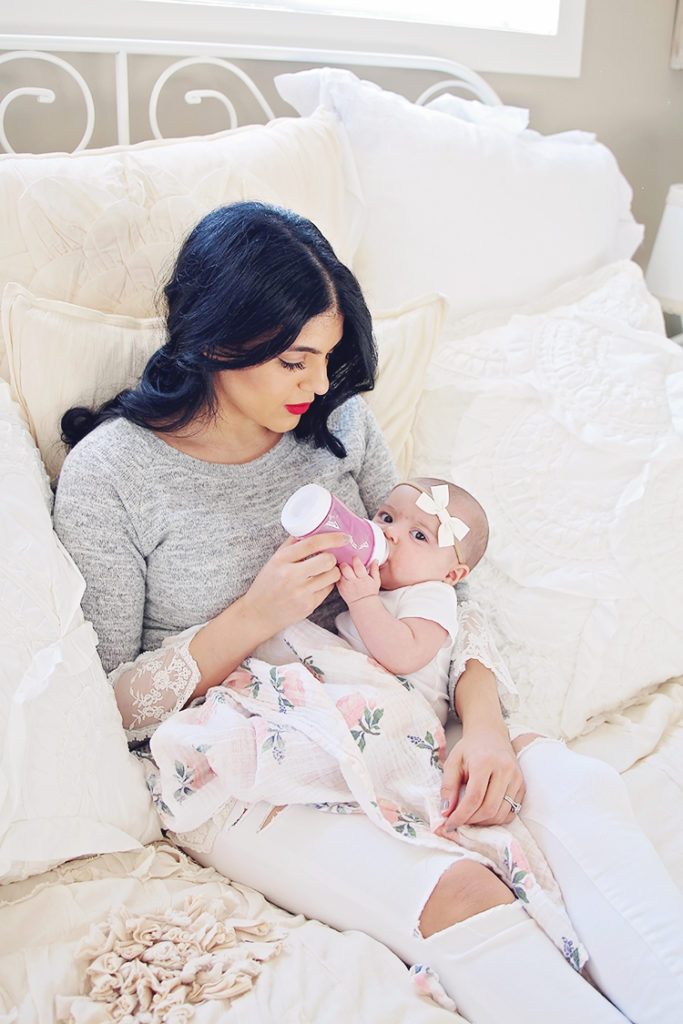 This post was done in collaboration with Playtex Baby