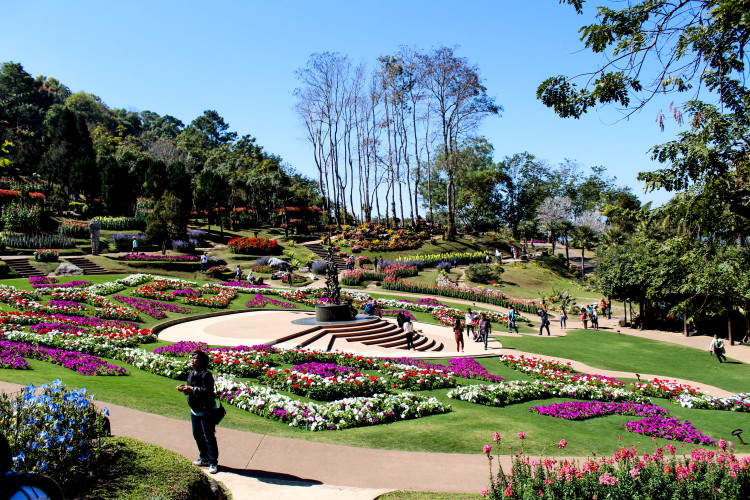 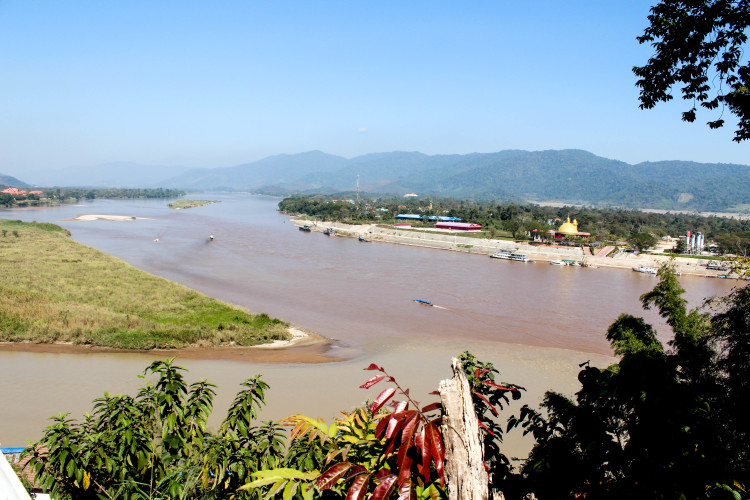 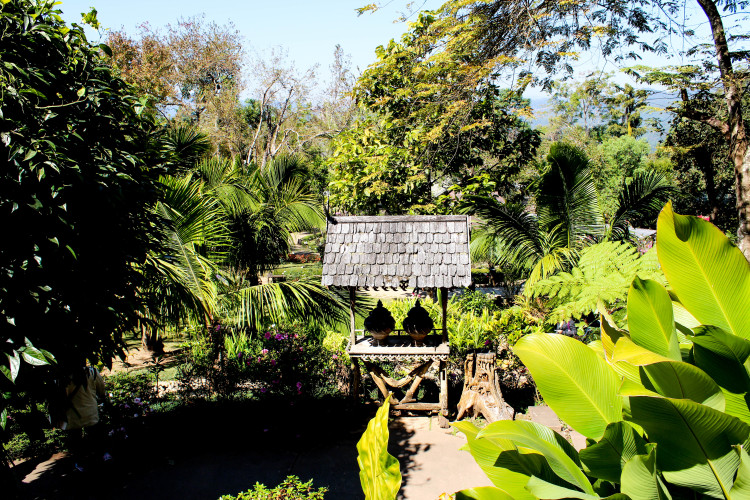 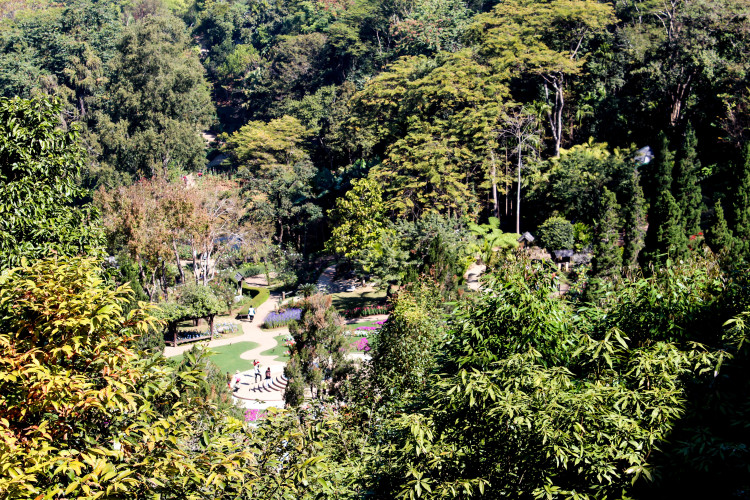 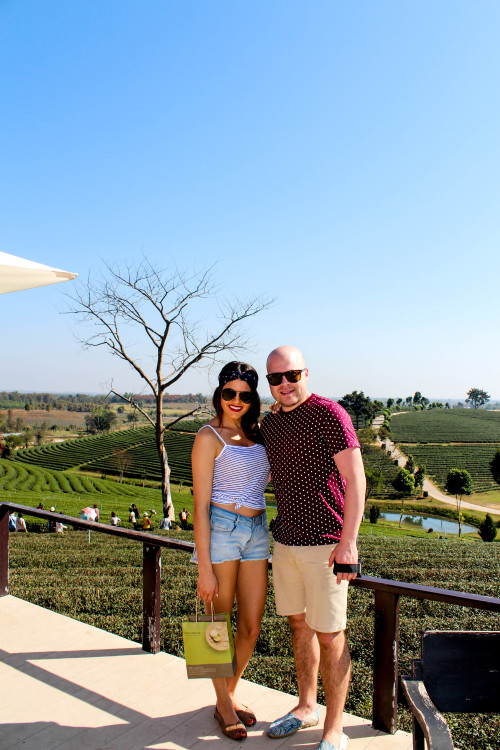 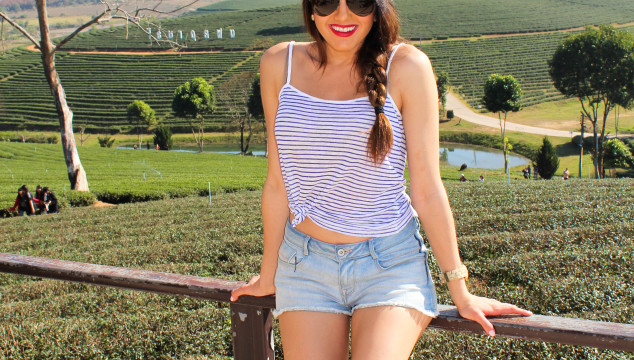 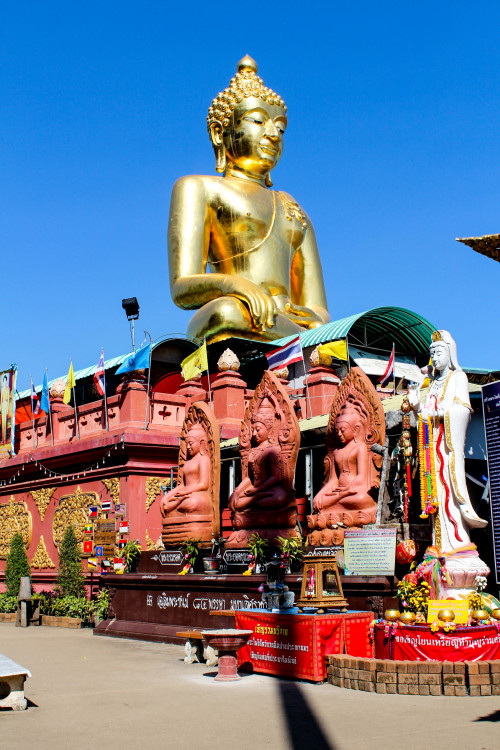 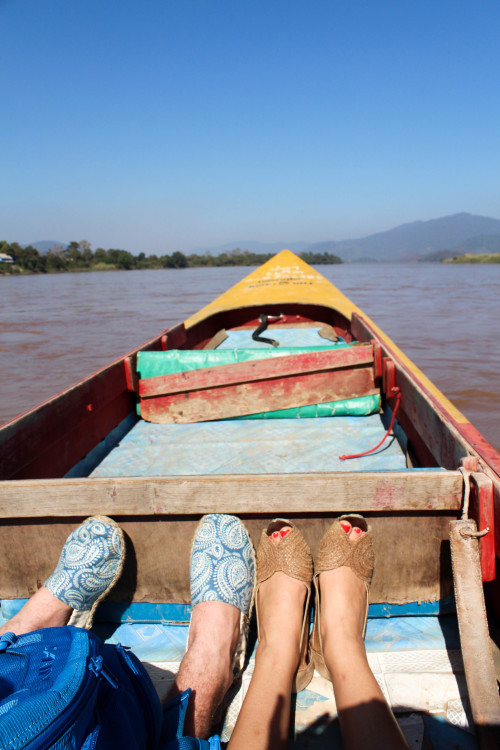 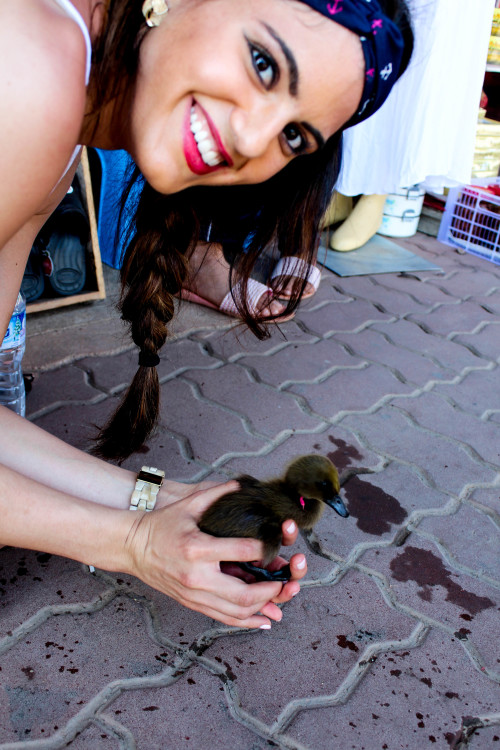 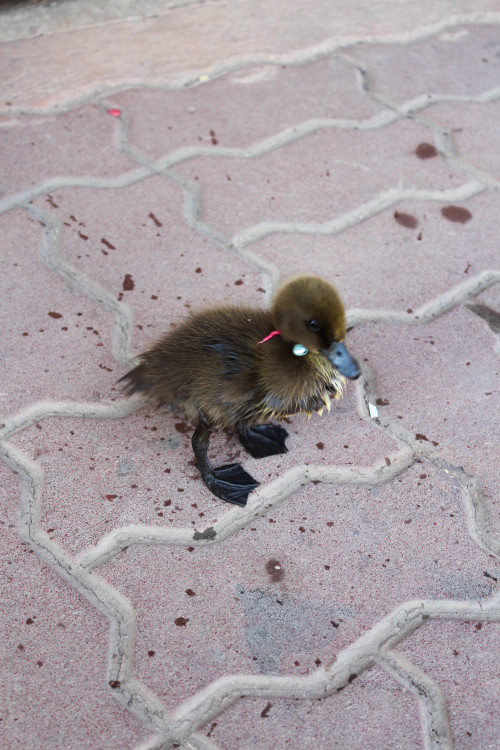 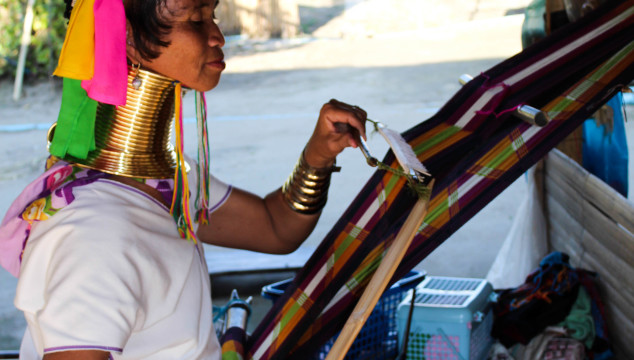 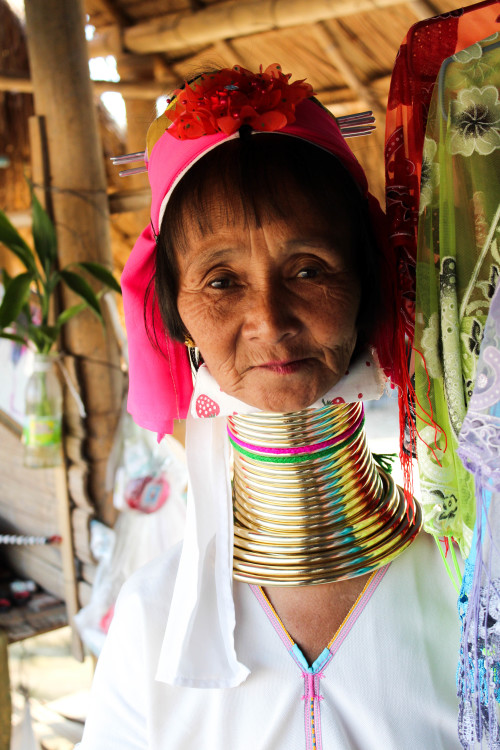 For those of you travelling to northern Thailand, I highly recommend you experience the tour we did yesterday.  I was stunned by how much we were able to do in an 8 hour period. We started off the day by meeting our driver for our time up north, Pob.  Pob has been such a gem, he speaks about five words of English but still manages to make us laugh all day.  Our first stop was the Chouifung Tea fields where we were able to walk around and see how it was grown and harvested.  We then went to the top of the mountain had a delicious cup of Oolong Tea and bought some to bring home with us.

After the tea fields we headed to the late Princess Grandmother’s Royal Villa where we were able to see where she lived before she passed.  The whole experience left me at a loss for words.  Her home was extravagant yet reflected her modest personality.   She hung a mobile in her Swiss inspired chalet gifted to her from villagers which most of us would have politely stowed away.  One of her greatest passions was gardening and at the bottom of the property there was a garden that outdid any garden I have ever seen.

From here we drove to the Golden Triangle, a junction where three countries meet: Thailand, Loas and Myanmar.  After lunch we took a long tail boat over to Loas.  When our long tail boat stated heading the opposite direction of Loas and all the other boats, I being the sometimes paranoid human I am, for sure thought we were going to be sold or murdered.  Turns out our boat driver wanted to take us to the casino so we could take some pictures before heading to Laos.  Oh, Eleni.

We then went to go and see the Long Neck Karen village, which is not actually where the villagers originally lived.  They fled from Burma to the border of Thailand as a result of politically turmoil and were living in refugee camps that became tourist attractions.  The women wear rings around their necks to push their shoulders down instead of the myth that suggests they are elongating their necks.  The purpose behind the tradition is because the people of this tribe believe a long neck signifies great beauty. Tim and I both felt uncomfortable supporting this tourist attraction for we felt we were attending a human zoo.

As amazing as today was it too was difficult.  As we all understand, I have such a huge space in my heart for animals and all living things equally.  In addition to the uneasy feelings we had about the tribe seeing stray dogs everywhere in this village really broke my heart.  The dogs in Bangkok were well fed (extremely fat) and happy where the puppies in this village were struggling and frail.  There was one tiny pup, smaller than Lady (3 lbs) who was failing to thrive and I wanted to scoop her up and take her home with me. My eyes water thinking of this.

On a happier note, our days keep getting better and better! Thank you for following along and more adventures coming soon!!